Posted on 20 Sep 2015 Comments Off on Introduction

Thank you for your interest in Social Fiction: a new type of publishing platform that facilitates real-time, collaborative storytelling.

Studio Hyperset has prepared the following eight part overview to illustrate its vision for, and the promise of, Social Fiction. If you have questions, feel free to email [email protected], call (702) 521-6711 (California, USA), or use the form at the bottom of this page.

Fanfiction is a literary genre in which writers "remix" popular content universes. Marquee franchises such as Star Wars have been surrounded by thriving fanfiction constellations for many decades. However, the expenses associated with traditional print publishing created a bottleneck, and not everyone who created an instance of fanfiction could easily share it beyond a small circle of intimates.

Looking back to the dawn of industrial publishing, Johannes Gutenberg’s press democratized access to information, but it did little to liberate the means of producing and distributing information. The web and her child engines (like WordPress) have facilitated this final step.

Thanks to these technologies, the overhead associated with producing information content is now ultra low and consumer usability and access efficiencies are ultra high. As a result, just about everyone can consume media and, even more importantly, create and distribute it easily and cheaply.

Like news content, essays, and other textual expressions, the volume of fanfiction and other forms of creative writing available online has increased substantially.

What does this mean for Social Fiction?

Since technology has removed most of the barriers associated with legacy publishing, we no longer live in a world neatly divided into readers and writers, into audiences and content creators. Rather, in the 21st century, we're often content creators and content consumers simultaneously. Depending on the circumstances, like quantum bits, we have the capacity to be readers, writers, or reader-writers. Participatory, "open source" genres like Fanfiction -- and collaborative writing tools like Social Fiction -- cater to and facilitate this trend better than traditional, "closed source" textual forms.

The frameworks and platforms currently available to the fanfiction community are fragmented, outdated, inelegant, and fatally flawed. That the community remains engaged in spite of this reality is a testament to its enthusiasm for the genre and, likely, dedication to one another.

With the possible exception of the website -- which, in most cases, is a newspaper or bulletin board analogue -- widely adopted, "internet native" textual forms are in their infancy, if one can say they exist at all. Fanfiction is an interest group and genre in search of a form (ie., its own "novel").

Fanfiction has recently plateaued because the community lacks a proper platform or framework on which it can express itself.

If you spend five minutes on this page, the world will have posted ~50 fanfiction-related Tweets and performed ~100 Google searches for either "fanfiction" or "fanfic."

~10x per minute, people from all over the world post Tweets that include the keywords "fanfiction" or "fanfic."

Tweets about "fanfiction" and "fanfic"

We believe search activity recently plateaued because the community lacks an adequate platform on which to express itself.

From a search perspective, "fanfiction" is more popular than related terms -- even when these terms are more broadly focused (eg., "publishing") -- and other "DIY" media formats (eg., "vimeo"). Since the summer of 2013, "fanfiction" has even held its own against the related, but ultra-generic, search term "writing." 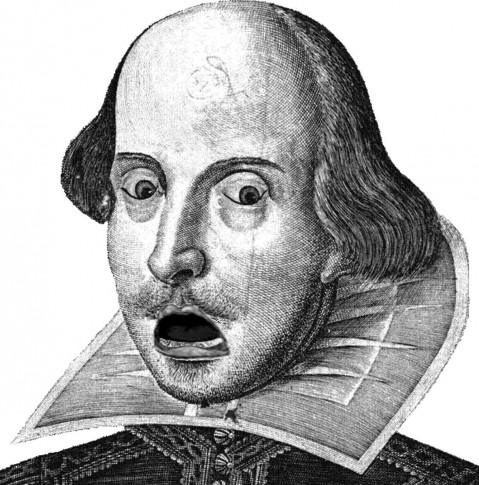 Since late 2011, the world has even performed more monthly searches for "fanfiction" than it has for "shakespeare."

Only two of the world's four largest "unicorn" companies have surpassed the search term's popularity (Airbnb and Uber, just barely, beginning very recently, in the spring of 2015). And while the relationship between "fanfiction" and these highly-valued companies is less direct than the other examples, making the comparison helps situate and contextualize fanfiction's search activity more broadly.

In short, it's a lot. Fanfiction is very popular, and the community associated with it is global, mature, and potentially very valuable.

The majority of fanfiction writers are in their 20's. They are largely American, female, and focused on creating "romantic" stories within existing content universes and/or creative re-renderings of biographical persons, bands, and other celebrities. Fifty Shades of Grey, for example, began as Twilight fan fiction, and one of the more popular fanfiction subgenres involves the band One Direction.

The total theoretical user base is likely no less than ~2million, which is the current number of registered users on FanFiction.net.

When they create content on the site, Social Fiction users will also generate automated awareness loops that will drive new user conversions.

law, journalism, &c. This is just a well-define way in to a larger problem.

http://www.businessinsider.com/goldman-sachs-news-ads-on-the-block-report-2015-9 - native, platform "ads" = future. PPC is the past.

State how much Capital you are raising, and with what general Terms: Equity, Debt, Convertible Note

What is the timing of your Capital raise?

Who are your existing & notable investors, if any?

At this point, Social Fiction, as a project, is in its seed phase. However, Studio Hyperset, the project's parent company, is a professional service business with active operations and revenue. It incorporated in February of 2007.

Together, we can make Social Fiction the definitive platform for 21st-century writing and publishing.